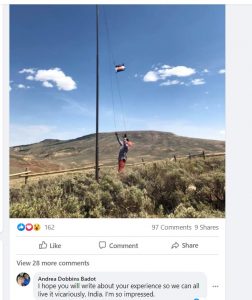 Create Facebook posts about my nature adventures which attract as many as 100 comments and multiple shares. Developed six websites using WordPress. Earlier in my career I managed development of a popular astronomy website, Sky & Telescope. 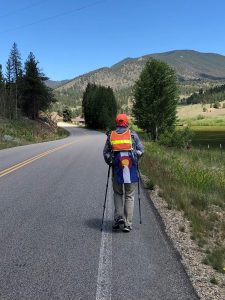 Going Diagonal: Hiking My Own Path across a Right-Angled America

I have completed the first draft of a travel memoir about my 732-mile backpacking journey across Colorado from the southeast to northwest corners in 2020, a year of divisiveness. I refused the national structure of right angles, of driving north, south, east, or west, and instead mapped my own trail northwest through ranches and on roads. I wandered across geographies our culture enforces as separate: liberal or conservative, rancher or conservationist, urban or rural, public land or private. A bear considered my tent a buffet. Trails on maps did not exist. A farmer stole my water cache. But always, new friends helped me along my journey. 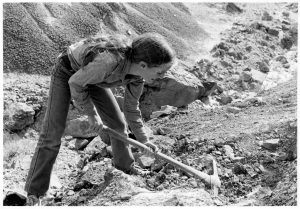 I am seeking a literary agent for this complete 88,000-word coming-of-age memoir as an unparented teenager who digs up a dinosaur on a friend’s Colorado ranch. The fossilized bones are both a possible museum display and ticket to the profession of paleontology, but I wanted more than that.

Hold on to What Is Good: The Selected Poems of Nancy Wood

As my mother’s literary trustee I selected the poems and wrote the bio for this posthumous collection. Nancy’s eight poetry books sold more than 200,000 copies worldwide. I am currently seeking a publisher for this work. 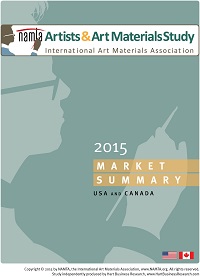